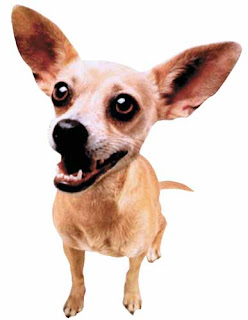 Gidget, the chihuahua responsible for the sale of millions of colon-cleansing Taco Bell tacos, has passed away. Though in recent years the ad campaign that made her famous had all but disappeared, the pup's ubiquitous catch-phrase "Yo Quiero Taco Bell" remains a part of the everyday pop culture lexicon.
Yo Quiero Gidget. Yo Quiero, indeed.
Rest in Peace.
Posted by Jon at 10:05 PM No comments:

Song of the Week: "Even in the Dark" by Company of Thieves 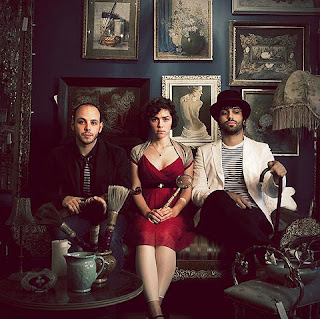 This week's song came to me from the one place I really rarely ever hear new, good music-- the radio! And I don't say that to sound like some pretentious, "I Hate Radio" type of guy. It's just, I never listen to music on he radio. When I'm in my car I listen to one of two things, my iPod or talk radio.
It just so happened that I flipped to the one alternative station in Philly, and surprisingly liked what I heard. The song was "Oscar Wilde" by the featured band, Company of Thieves. It's a good song, but since downloading their self-titled album I've come to discover they have better songs to offer. Case in point, the video below-- "Even in the Dark."
The lead singer, Genevieve Schatz, has a cool style-- sort of a mixture of Fiona Apple and Bjork, two artists I thoroughly enjoy. And this is a band I'd definitely like to check out live sometime soon. If you're so inclined, check out the ret of their self-titled album, it'll be in my iPod loop for a while, I'm sure.
Enjoy. 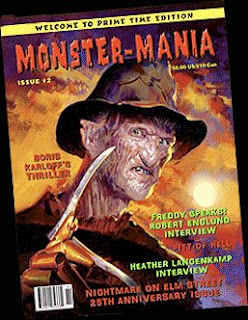 This August will mark the 12th Monster Mania convention in Cherry Hill, NJ. The show-- which is always a good time-- will also feature the long awaited release of the second issue of Monster Mania Magazine. As you can surmise from the picture to the left, this issue will be all Nightmare on Elm Street, all the time.
My article is a retrospective of the entire NOES series (films only-- books, comics, TV, etc. are all covered separately.) Depending on whether the piece was heavily edited or not, it should come in at a hefty 5000 words, or for you non-writer types, almost 20 pages.
Also worth mentioning-- you can now get Monster Mania Magazine at most book stores, including Barnes & Noble. So if you happen to be out grabbing a coffee and a book, support your favorite screenwriter-who-blogs-and-sometimes-writes-for-magazines-- me!
Check out the pics below for some shots of the mag finally on (and hopefully flying off) the shelves! 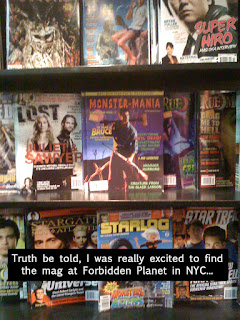 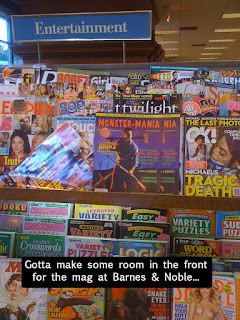 Song of the Week: "Saviour" by Dredg 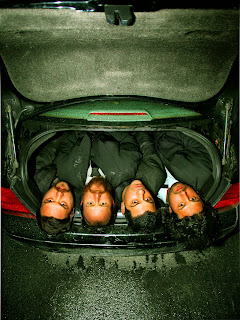 I came across indie-alt-rockers Dredg (not a misspelling) during one of my daisy chain iTunes hunts for new music. I start with a band I like, and then look at similar suggestions until I find something that catches my eye... or ear, actually.
Their sound is nothing particularly new, falling somewhere between Lydia and The Used. But the tonal shifts and genre crossing does just enough to differentiate them from much of the shit rock bands that are out there right now.
This album has 6 or 7 solid songs and the one below (Saviour) happens to be my favorite. Enjoy.
P.S.-- My iPod is officially broken and I am pissed.
Posted by Jon at 6:09 PM No comments: 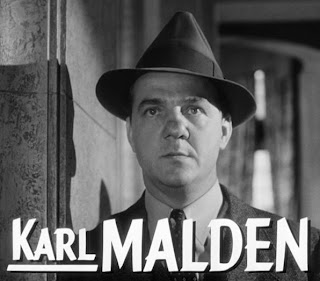 Karl Malden passed away today. He was an awesome actor, and with all of the B.S. reporting about some former pop star clogging up the "media," I thought I'd do my part in making sure he was remembered.
A Streetcar Named Desire, On the Waterfront, Patton AND Dario Argento's Cat O'Nine Tails!
Are you kidding me? He was a legend.
As was his nose.
Rest in peace.
Posted by Jon at 10:15 PM No comments: