Friend, and fellow Wilkes writer Andrew Clyde's book "LithiumBuzz" is now available online and at book stores. I figured I'd do my part and give him a shout on the old blog. I haven't yet had the pleasure to read the book myself, but I've read the chapter sample on his website and I like what I see.

Give it a look, and do you part supporting an up-and-coming writer.
Posted by Jon at 11:57 PM 1 comment:

NBC's "Fear Itself" to start this week 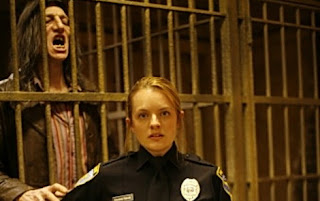 This week will mark the debut of NBC's horror anthology "Fear Itself." A lot of people have pegged this as a watered down version of "Masters of Horror"-- which it kind of is. However, I think this looks like something on broadcast TV (besides "Lost") that I would actually watch.

I like the idea of having a different director each week, and the idea that each show is it's own, self-contained "movie." Though, to me this show seems a bit more "Tales from the Crypt" than "Masters of Horror." And, while the list of directors doesn't exactly make my expectations spike (Breck Eisner, Darren Bousman, Ronny Yu, etc.) the show should at least be an interesting summer replacement show. I just hope people actually watch it-- or at least record it on DVR. I'll try to get a short review of each week's episode up as they air.

The weather is here, Wish you were beautiful 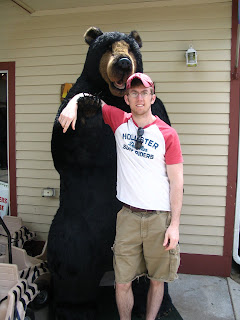 (Pictured: Cape May County Zoo)
To anyone who checks in to my blog regularly-- first off, thank you! But secondly, I apologize that it has been kind of..... dead lately. I have been swamped with work from school, my job, and other things, so I have not posted nearly as much as I would have liked.

Rest assured, I will be back soon. Currently I am on "vacation" with the lovely wife. I use quotes because I am trying to work through the vacation to finish up what I am bringing to my next residency. Ugh.

Anyhow, I shall return soon. I have many reviews, thoughts, rants and the like just waiting to be unleashed onto the internet. See you all soon.
Posted by Jon at 2:09 PM No comments:

I first heard of this film during last year's festival circuit. It's a rather avante garde film about the connections that one feels to the place of their birth. This is a topic that hits close to home for me, because as much as I love Philadelphia, it's a sinking ship and I want off.

Well, director Guy Maddin wanted to leave his home town. But before he could do that, he needed to make this film and rectify a few things about his childhood, his family and his Winnipeg.

Give it a look. I will definitely be checking this out if it plays anywhere near me. 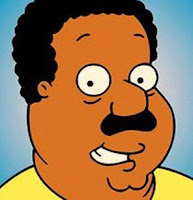 This week the major networks released their schedules for the upcoming season. A few surprises-- "Scrubs" is in fact not cancelled, but rather moved to ABC. I found that kind of odd. Another thing I noticed was something on Fox called "The Cleveland Show."

Turns out Peter Griffin's monotone buddy is getting his own show. Good move? I don't think so. I've never quite found him to be that amusing on "Family Guy" and, frankly, if I had to guess which character from the show would get a spin-off I (and most people) would have guessed Quagmire. Giggity.

Anyway-- so that was about the height of the interesting news regarding the upcoming season on TV. So, yeah... not a lot going on on the boob tube these days. I guess now is as good a time as any to finally break down and get me one of those Blu-ray players.
Posted by Jon at 10:32 PM No comments:

I caught this video on Break.com-- I think it's going to be part of the MTV Movie awards this year. It is hilarious. Whoever the guys behind it are, I like what they're doing, friend-o. 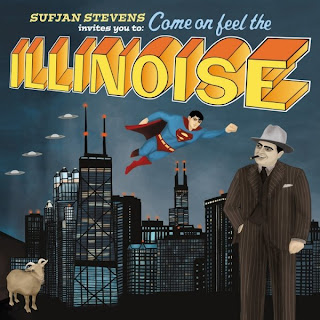 I first heard of Sufjan Stevens through FilmJunk, because he'd written a song for Jay Cheel's documentary "Obsessed & Scientific." Ever since then, it seems like I'd heard his name here and there and had always meant to give his stuff a listen.

This past week I finally did, and I absolutely love it. It's been in my ear on a loop for a few days now. He's kind of folksy, with a definite experimental edge. Even the titles of his songs seem experimental ("All the trees of the field will clap their hands" and "To the workers of Rock River Valley Region, I have an Idea concerning your predicament" are two that come to mind.) In fact, his titles remind me the titles of some Belle & Sebastian songs.

He does have a few songs that are more traditionally pop/folk like "Chicago" which is probably his most well known single. That is a good place to start, if you're interested in giving him a shot. I highly recommend you do.

Below is a variation on the song "Chicago." Not the same as the original song, but good nonetheless. Enjoy

The article I wrote about "The Evil Dead" a few months back is now available to be viewed on Associated Content. Check it out here. The more page views it gets, the more chance I have at getting paid (a few pennies.) So, anyway-- if you're interested, or just want to give my article the page hit, click on over and check it out.
Posted by Jon at 4:40 PM No comments: 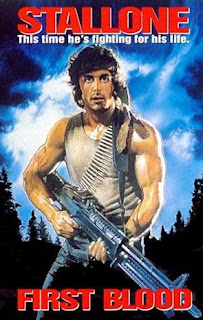 I learned about this from my friends over at FilmJunk, and let me tell you-- I am there! They're even going to be showing exclusive extras, such as a different ending in which Rambo actually kicks the bucket! Check out the info at this site to find a theater near you that will be showing the film.
Posted by Jon at 2:41 PM No comments:

Poll: What's your opinion of "Spaceballs" ? 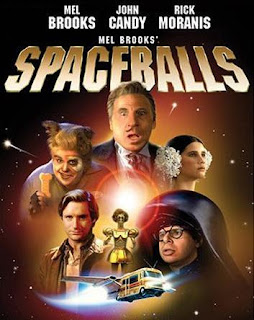 So, I happened to catch "Spaceballs" on cable the other day. I haven't seen this film, in it's entirety, in years. However, I always hear people extolling the hilarity of the film, and I have to say I just don't get it. It has it's moments (The "Alien" scene, for one) but overall it's just okay.

It seems like (for my generation, at least) that this film is in the pantheon of films that are unquestionable classics, such as "Goonies", "Monster Squad" and "Rudy." And, while I like some of these films, I don't think any of them are beyond reproach.

So, what do you think? Is "Spaceballs" really that amazing? Or am I just a humorless ass?